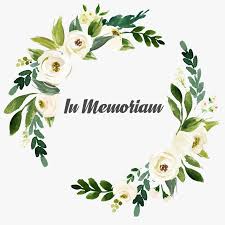 We are saddened to learn that Frederick (Fritz) Hensey, PhD, one of AATIA’s founding members, died on July 31, 2020. Fritz’s father was German and his mother was Spanish, and Fritz grew up speaking several languages, adding more, including Greek, Latin, and even Esperanto and some Sanskrit, later on.

Fritz taught in the Department of Spanish and Portuguese at the University of Texas at Austin for many years and was professor emeritus at the time of his death. He also taught interpreting at Austin Community College in the early days of ACC’s translation and interpreting program. Fritz was a frequent presenter at AATIA meetings, workshops, and conferences through the years, making his most recent appearance in 2016. He served on the AATIA Board of Directors as Director of Professional Development in 1991 and was one of the early coordinators of AATIA’s Literary Special Interest Group (LitSIG).

AATIA colleagues remember Fritz as a master linguist, a phenomenal interpreter, and a true caballero. Several members recall Fritz’s brilliant demonstration of simultaneous interpretation at an AATIA conference in the early 1990s. “In addition to keeping up with the lively speaker, he managed to interpret his jokes and even a song. He was amazing!” recounts Esther Diaz, another of AATIA’s founding members. “I remember my jaw literally dropping,” adds Liliana Valenzuela.

We extend our sincere condolences to Fritz’s family. He will be greatly missed by his friends in AATIA.

Join us on Nov. 13 for our last general meeting of 2021. Watch “Upcoming Events” for details!