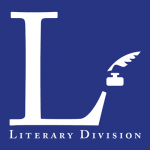 There’s also a thoughtful piece by Tony Beckwith on Bob Dylan’s Nobel Prize and not one, not two, but three of Tony’s cartoons!

AATIA posts notices of events, resources, and opportunities that may interest the membership. Their posting does not constitute or imply endorsement. AATIA does not guarantee the accuracy and reliability of any information the sources provide. Any job listings that appear on our website have been received from third parties. AATIA itself does not offer employment, nor does it act as a referral agency.