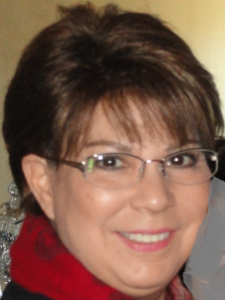 Esther Díaz had lived and studied for ten years in Mexico before returning to the United States, where she earned a B.A. in Spanish and an M.Ed. in Adult Education and Human Resource Development at the University of Texas at Austin. She was the magnet that attracted the other two founding members of AATIA. Hired in 1978 as a Spanish translator with the Texas Rehabilitation Commission (TRC), Díaz was promoted to trainer in 1983 and had to find someone to fill her former position. She met Albert Bork and Harvie Jordan when they applied for employment at TRC. Esther has been a constant, inspirational mentor to and supporter of AATIA ever since it was founded in 1985.

Albert Bork already had considerable experience when he applied for the job. With a recent M.A. in French under his belt, he had just entered the Ph.D. program in Portuguese at UT-Austin when his department received a request to translate a newsletter that was an outgrowth of the International Geophysical Year into Portuguese. Bork continued to translate that newsletter until it was discontinued, and then he and a colleague translated and published a Brazilian short novel. On completing his Ph.D. coursework, Bork took a teaching job in Nebraska but later returned to Austin to set up a translation business with his colleague. By the time he responded to the TRC’s ad and met Díaz and Jordan, he had freelanced for some time and had also traveled to Brazil numerous times as an interpreter. He took the TRC job and worked there for many years as a translator and translation manager. 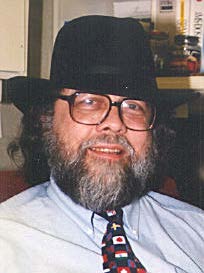 Harvie Jordan began his education in Spanish as a boy working side-by-side with braceros in cotton fields on the South Plains of Texas. He won a scholarship to a College in Mexico City, studied at Texas Tech, worked in broadcasting, and then came to the University of Texas at Austin where he earned a bachelor’s degree in Latin American Studies. His graduation in May 1972 marked a turning point; a group going to Mexico to negotiate with a Mexican broadcasting company asked him to be their consultant and interpreter on the trip: all expenses paid, plus $250! Over the years, Jordan alternated between broadcasting and working for the State, but all his jobs included a considerable amount of translation and interpretation. While at the Good Neighbor Commission, he sought to make contact with other translators, and applied for a position at the Texas Rehabilitation Commission (TRC). He also wrote to three organizations he had heard about. ATA was one of them—the only one that responded. At about that time, the phone rang; it was Esther Díaz at the TRC, calling in response to his application. Harvie was a devoted and generous member of the AATIA until the day he died, on November 8, 2002. (Click here to see Harvie’s obituary.)