The History of the AATIA 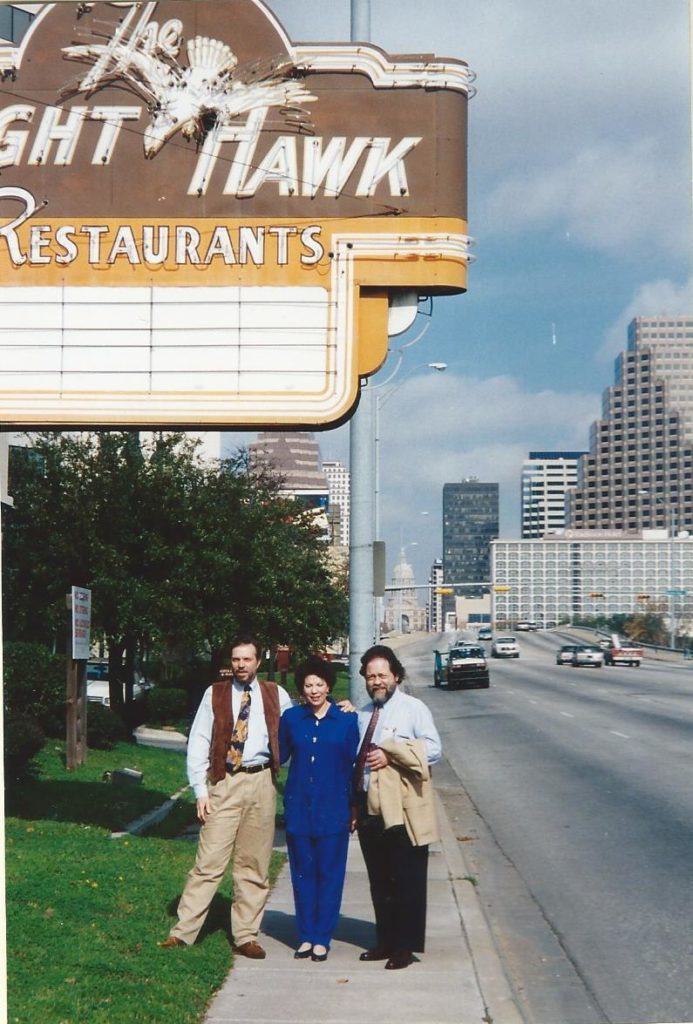 On January 11, 1984, three Austin translators met at the Nighthawk restaurant on South Congress Avenue. Esther Díaz, Harvie Jordan, and Albert Bork wanted to organize a local translators’ association, and by the end of the evening they had agreed on a plan. They contacted several members of a defunct local organization—TRACT (Translators Association of Central Texas)—and invited them to an informal meeting of what, at that point, was called the AATA.

Díaz, Bork, and Jordan were all members of the American Translators Association (ATA) by then, and they adapted the national organization’s bylaws to their local needs. As established in its charter and expressed in its name, the AATIA was created to represent translators and interpreters in the Austin area. It attracted an expanding membership from all over Texas by hosting six general meetings a year, which alternated with six board meetings to make a full calendar for the Association.

One of the group’s founding goals was to provide education and networking opportunities for its members, so workshops were organized on a regular basis, a newsletter was created in 1986, and the first membership directory was produced in 1987. Longtime AATIA newsletter editor (and later webmaster) Mike Conner designed AATIA’s first logo, pictured above.

In its early days, annual membership dues were $5 and the Association operated on a shoestring, without a bank account of its own. The Austin History Center offered rooms at no charge, and meetings were held there for many years. As membership grew, the Association became better organized and adopted the organizational model of the International Association of Business Communicators (IABC). As the Board of Directors became more sophisticated, the need for clear job descriptions led to the drafting of a Manual of AATIA Policies and Procedures (MAPP).

Beginning in the 1990s the Association took several steps to consolidate its base in Texas and establish its reputation across the country:

Now 30+ years old, AATIA has matured into one of the most well-established translator and interpreter groups in the United States. It still meets six times a year and continues to provide the support, guidance, and encouragement originally envisioned by its founders for anyone interested in translating or interpreting in Central Texas.