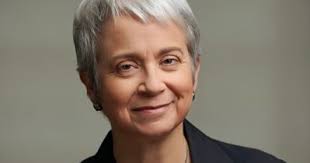 Marian Schwartz to give Gaddis Rose lecture at ATA conference

As previously reported, longtime AATIA member and award-winning literary translator Marian Schwartz has been invited to give the prestigious Marilyn Gaddis Rose lecture at the 57th annual conference of the American Translators Association (ATA), and we are delighted that she has also agreed to reprise her lecture at AATIA’s November 12th general meeting.

“I’m excited to have been invited by the Literary Division of the American Translators Association  to deliver this year’s Marilyn Gaddis Rose lecture,” says Schwartz.  “New translations of classic works of literature are big business for publishers.  I’ll be talking about the business end of retranslations from the standpoint of the translator and publisher both, in particular in relation to the Russian classics—by Lermontov, Goncharov, Olesha, Bulgakov, and now Tolstoy—I myself have done new translations of over the years. I’ll be addressing  the persistent question in the back of everyone’s mind: Why do we need a new translation at all?”

About the translator for whom the lecture is named, she adds:

“Marilyn Gaddis Rose cast a long and benevolent shadow over the last forty years of literary translation in this country, and a little corner of it even fell on me.  She was a pioneer in Translation Studies, instituting one of the very first graduate programs in the field, at SUNY Binghamton,training and mentoring countless academics, and making the SUNY Press a premier publisher in the field.  And she herself was a respected translator of classical French, notably Charles-Augustin Sainte-Beuve’s Volupté: The Sensual Man.

“But she was also a great friend and advisor to the American Literary Translators Association (ALTA) and, especially, the American Translators Association back when they were both much more tentative organizations. It was at annual conferences of ALTA and ATA that her path crossed mine more times than I can count. When I was young and starting out, she always remembered who I was and took an interest in my translation efforts. As our friendship matured, our conversations turned more to organizational issues, particularly during my term as president of ALTA, when I always felt I could turn to her for an infusion of experience and wisdom.

“She herself endowed the ATA’s Marilyn Gaddis Rose Lecture with the aim of advancing literary translation by bringing veteran translators before the larger translation community to share their experience and ideas. It’s a tremendous honor to have been chosen to deliver that lecture this year.”

Once again, congratulations, Marian! Those of us who will not be attending the ATA conference are looking forward to hearing your lecture at our meeting on November 12th.

Happy holidays from AATIA! Our first general meeting of the new year will be on January 9th, 2021. Watch for details in Upcoming Events.